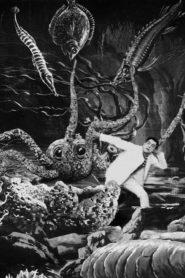 20,000 Leagues Under the Sea, The film, a parody of the novel Twenty Thousand Leagues Under the Sea by Jules Verne, follows a fisherman, Yves, who dreams of traveling by submarine to the bottom of the ocean, where he encounters both realistic and fanciful sea creatures, including a chorus of naiads played by dancers from the Théâtre du Châtelet. Méliès’s design for the film includes cut-out sea animals patterned after Alphonse de Neuville’s illustrations for Verne’s novel. 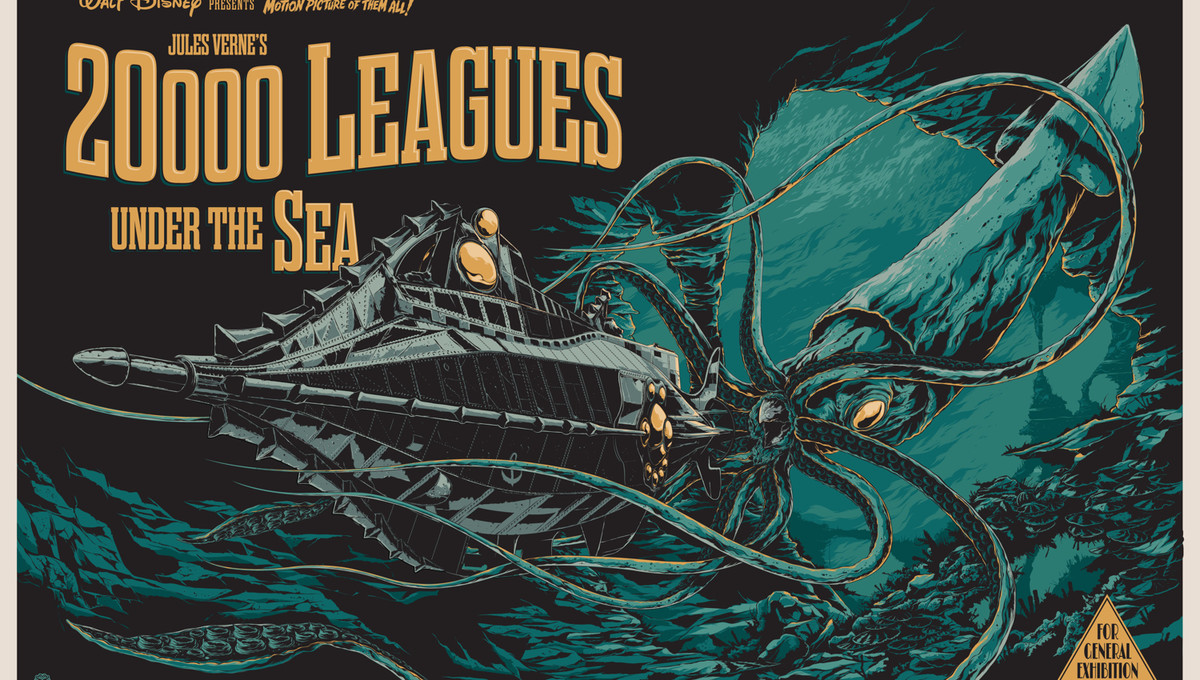